Endless game, art of precision and self-parody or fake documentary insight into the creative processes of art making?

Endless game, art of precision and self-parody or fake documentary insight into the creative processes of art making?

It is already a task to decide where the stage ends and where it faces, the stage on which Patrik Kelemen, Dávid Mikó, Gáspár Téri, Tamás Bakó and Máté Mészáros, the choreographer – although there are several contestants to his position here – move with enormous energies.

However the ambivalent states promised by the title are not necessarily expected from them: it is the audience that is puzzled when faced with the artists’ ideas on art, aesthetics, genre boundaries as well as stereotypes and the irritating phenomenon when something does not entirely fit into the defined and learnt categories and systems due their contradictory nature.

The scenography is an ever transforming live installation in which the dancers are sometimes just present, then they choreograph or imitate each other. The roles are changing all the time, direction and free will become fluid, another open question, until in the next moment what seemed clear all turns upside down again.

In the new creation of Máté Mészáros the creators approach the body as a dynamic object, and the space as an ever changing scenery. The counter-effect of objects, bodies, sound and light create this transforming scenery. The body does not feel, but seeks, moves, executes. 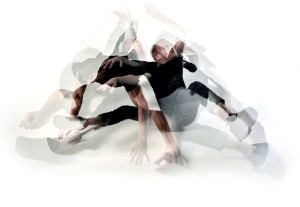 Előző
Következő
MÁTÉ MÉSZÁROS: UNITED SPACE OF AMBIVALENCE
Scroll to top
Accepting or rejecting cookies used by our site is easy, you just have to choose one of the following two linksI accept cookiesI do not accept cookies.Privacy policy